With its segment on Esther Gokhale, Lost Posture: Why Some Indigenous Cultures May Not Have Back Pain[1], NPR seems to be continuing its long, downward spiral of presenting emotion-based belief practices as if they were legitimate, evidence-based therapies.  Ms. Gokhale has achieved a certain level of fame, and not a little bit of fortune, by espousing her belief that the genesis of chronic back pain in the United States is the poor posture.

Gokhale bases her claim not on any science-based evidence, any identified anatomical pathology, nor using any legitimate medical expertise. Rather, she arrived at this position by observing the posture of self-selected populations of indigenous people around the world. She observed, but apparently did not scientifically measure, the curvature of their spines in comparison to more developed societies.

There are many pitfalls with this approach. Were other possible variables considered? Was there more than one observer? Did the observer know the back pain history of the person they were observing? And, on and on.

Possibly the most damning question for me is even if solid data had been collected, is correlation the same as causation? Of course the answer most of us learned in middle school is that correlation is distinctly not the same as causation. Observing a “J” curvature in a person’s spine – the purported lynchpin of Gokhale’s argument – in Africa does not mean that curvature is the cause of a lower incidence of back pain in the population.

While we’re talking about the incidence of back pain, where is the data that show there is lower incidence in these cultures? Is their medical reporting system as robust as that in America?  It’s Doubtful. Apparently one does not need to utilize critical thinking or the scientific method to become a “licensed acupuncturist” Personally, that “credential” in and of itself causes me pause. No, acupuncture has never been shown to be better than sham acupuncture in well-controlled clinical trials. Maybe a pattern of belief-based therapies is emerging.

One of the most obvious flaws in Gokhale’s logic is the lack of age-adjusted cohorts. Just take a look at the population pyramids below for the United States and East Africa.[2] Notice the difference? The population in the United States is much, much older. Lacking specific pathology, it seems only logical to see a greater incidence of back pain in older individuals that younger ones. Since Gokhale invokes personal observations, I allow myself one by saying that I’ve seen more 50 year olds with chronic back pain than 15 year olds with chronic back pain. 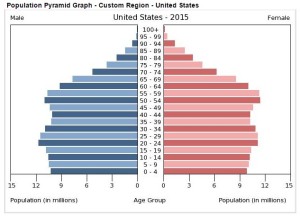 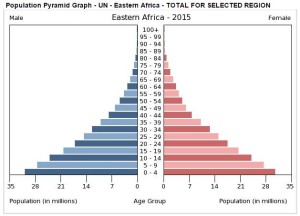 People will buy Gokhale’s story, they attend her seminars, and even buy her $560 “Pain Free” chair”.[3] (To be fair, I would concede that the chair likely feels no pain.) That people would flock to her sessions and buy magical chairs is unfortunate, but I’ve come to realize that people will do just about anything to make themselves feel in control of their destiny. Facts are irrelevant for them. What is the real annoyance is that a venerable institution such as NPR will knowingly lend credibility to such unmistakably mystical beliefs.

Sure, maybe Gokhale’s posture story is newsworthy because of its popularity, but to present it as if it were anything other than a baseless theory does a disservice to all and should be beneath NPR. At what point does national coverage of a story make the story, well… a story?

NPR, you used to be better than this.