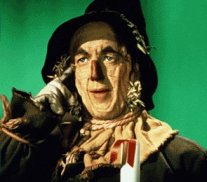 I am probably attempting to distill this too much but it seems that many of the problems in the world would disappear if we could teach our youth two things – to think critically and to recognize logical fallacies. Recognizing logical fallacies is part of critical thinking but deserves special attention because of their ubiquity and their apparent effectiveness in shaping, or misshaping, opinions.

Neither of these two end points should be remarkably hard to achieve; neither is a complex subject. The biggest challenge might be overcoming the opposition of groups threatened by the prospect of society making decisions based on reason and not emotion.

After all, groups wishing to maintain power probably find more success with emotional arguments than facts and logic. A case in point is the 2012 Republican Party of Texas platform states on page 12, “We oppose the teaching of Higher Order Thinking Skills (HOTS) (values clarification), critical thinking skills and similar programs that are simply a relabeling of Outcome-Based Education (OBE) (mastery learning) which focus on behavior modification and have the purpose of challenging the student’s fixed beliefs and undermining parental authority.”[1] Challenging one’s “fixed beliefs” is that the core of critical thinking.

In terms of governing, imagine the changes that would occur if people critically evaluated the political statements of politicians on both sides of the aisle. The news cycle would be much less exciting and entertaining but things might actually get done.

At the risk of extreme oversimplification here are my top ten elements of critical thinking and my top ten logical fallacies. Maybe I’ve missed the point entirely – decide for yourself!

4 thoughts on “The Other National Deficit – Critical Thinking”