There are two ways to make decisions, either based on emotion or based on intellect.  Neither one is intrinsically better than the other and the fact that there are two drivers for our decisions and actions reflects our uniquely human nature.  There are times when emotions should be the foundation of our actions and times when emotionally driven actions lead to undesirable outcomes.

More often than not our actions are determined by an amalgamation of emotion and intellect.  Consider an airline pilot making an emergency landing.  To be sure, the pilot is experiencing an emotional event but his actions and decisions are made with passionless intellect and calm.  In dire situations there is no survival benefit to succumbing to our emotional brain. It may be tempting and feel good but in the end it doesn’t help land the plane.  A pilot once told me that in an emergency situation “You have one second to panic and then you get down to business and fly the damn plane.”  That axiom applies to other events in life.

By their nature, emotions are seductive and it’s easy to succumb to them.  I suspect from an evolutionary perspective we’ve had non-intellectual actions calling our survival shots longer than intellect and reason.  Although the well known flight or fight response is largely influenced by a rapid increase in catecholamines, it is in no way an intellectual response to stimulus.  It is difficult to stand and reason when the epinephrine is flowing freely just as it is difficult to think about an intellectual solution to a problem when flushed with anger.

The challenge in today’s society is to recognize that many stimuli can trigger an emotional response but the best outcome in some situations would be one made by an intellectual process.  Such emotional-intellectual disconnects are all too abundant in the current political environment and no political party has a monopoly on exploiting such disconnects.  It is nearly impossible for a day to pass without seeing or hearing an angry outburst from a voter or politician.  Anger, being an emotion, feeds on itself and the news media, recognizing that anger sells, is more than eager to keep our plate full with banal news clips of shouting politicians or angry protesters.  But in the end is anything accomplished by all these emotional outbursts?  At some point the emotions must be set aside and the focus must shift to actually running the country.

I think Mayor Bloomberg got it right when he said, “New Yorkers are angry at Albany and I think for good reason,” Bloomberg said, “but anger is not a governing strategy.” *  Bloomberg’s statement kept coming back to me as I read the Republican Pledge to America ** which seemed to devote half of its pages to saying what was wrong and who was responsible all our problems.  It appeared to be designed to instill fear and anger rather than provide any new ideas for intellectually addressing issues of governance.   It was as hard for me to find any positive messages in the Pledge to America as it was to find photos of any minorities.

The only reason parties can get away with emotional appeals and demagoguery is that it works.  It works because the electorate is generally uninformed and disinterested in understanding the real issues.  It’s hard to stay informed of complex issues and much easier to just “go with your gut”.  The gut approach is quick, easy and maintenance free but falls short of contributing to meaningful discussions and solutions.  At some point the electorate will have to step up their game and start thinking critically about the decisions before us.  Until that happens, politicians on both sides of the aisle will continue their emotional appeals and pandering when what is really needed is to for all of us to “get down to business and fly the damn plane.” 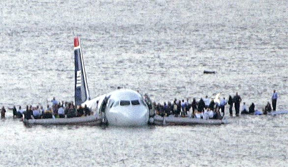