Algae blooms are not unique to Florida. While nutrient pollution potentiates blooms in all 50 states[i] and in countries around the world, one could argue that, at some point, differences in degree become differences in kind. 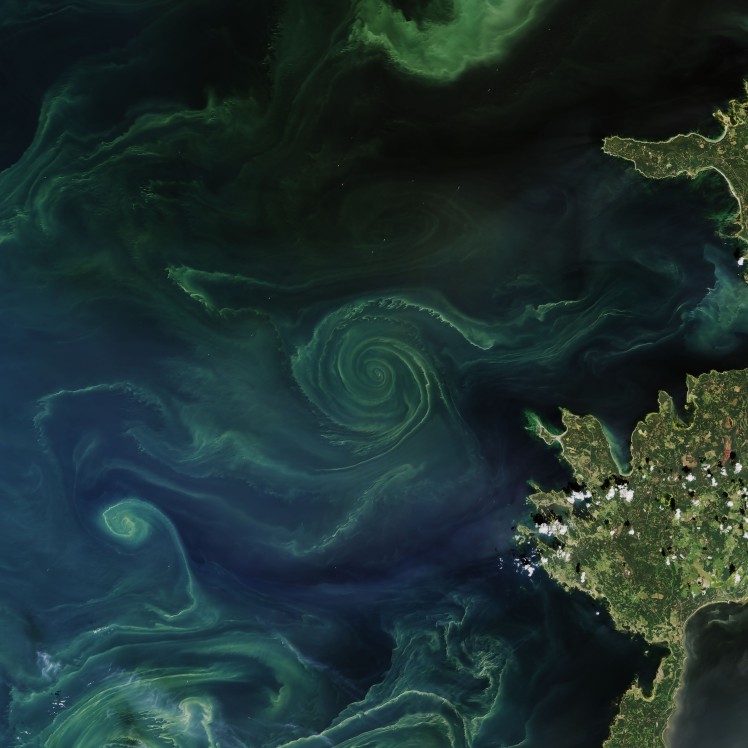 Florida – a difference in kind?

There are some unique circumstances in Florida that may support that argument. Lake Okeechobee has served as a catch basin for nitrogen-rich fertilizer runoff for decades, and it is an ideal incubator for blue green algae. Southwest Florida managers have little choice but to discharge the algae-laden water to the rivers and estuaries to the east and west when lake water levels threaten the integrity of Herbert Hoover Dike.

Citizens and activist in Florida are right to hold polluters and government officials accountable for the problem and to seek all possible remedies. However, addressing the issue will be a daunting challenge with no near-term solution in site.

Part of the challenge is that the problem has been brewing for decades. The University of Florida estimates that even if all farming were to stop today, there would be enough residual nitrogen and phosphorus nutrients remaining in the soil to feed blooms for the next 50 years.[ii]

Algae is one of many canaries

And then there is the real catalyst for blooms around the world that may take centuries to be solved – global warming.  If past is prologue regarding nutrient pollution, then it’s possible that humans will be able to address agricultural nutrient pollution in a way that detergent phosphate pollution was addressed in the 1970s. It’s possible, but realistically, I don’t think it’s probable.

Agricultural nutrient pollution is likely not going to be solved by a single legislative act. It’s easier for Americans to use phosphate-free laundry detergent than it will be for them to pay a bit more for ubiquitous refined sugar. Plus, the ranching and sugar lobbyists are likely more effective than any phosphate lobbying groups in the 70s.

The temporal myopia of humans

The real challenge in addressing catastrophic problems is that humans don’t recognize the magnitude of the problem until it impacts their daily, transactional life. We impatiently expect to resolve in months what has taken decades or centuries to develop. I considered this human characteristic in a 2015 blog post – “Obliviousness to global catastrophes- if we can’t feel it, it simply doesn’t exist.”[iii] I think algae blooms are just one of many examples of how our species is incapable of acting on a daily basis with anything resembling long-term vision.

If we were capable of thinking beyond the next Facebook posting or past the next critically important tweet (an oxymoron if ever there were one) we’d be able to see that humans are truly killing the planet. Not next century, not the next decade, but now. Right now. If you’ve read this far, I encourage you to take a brief moment and look out the window. What do you see? You probably see the hum and buzz of daily life. But, if you look beyond that, what you’ll see is that you very well may be looking at the sixth mass extinction on planet earth.

So, our challenge as a species is to discover a way to find long-term solutions to problems created by our propensity to live in the moment, do what feels good, and maximize personal and corporate wealth. Not to be overly pessimistic, but my guess is that we, as the dominant species on earth, will fail. All is not lost. The earth will go on long after the human experiment has run its course.

My optimism for the planet, but not our species, was noted in 2014, “Humans are a minor perturbation in the life of the earth.”[v] Unfortunately, I believe that is still the case. Even more so as the United States under the current administration continues to eviscerate environmental regulations.

Headlines, pictures, and other interesting references.

“An endeavor has been made to collect some of the more important known facts concerning “water bloom” as it occurs in Minnesota and neighboring states. It seems quite certain that at least some of the algae causing this appearance in water supplies are of considerable sanitary importance.”

“The furnaces of the world are now burning about 2,000,000,00 tons of coal a year. When this is burned, uniting with oxygen, it adds about 7,000,000,000 tons of carbon dioxide to the atmosphere yearly. This tends to make the air a more effective blanket for the earth and to raise its temperature. The effect may be considerable in a few centuries.”

“Evidence is accumulating to show temperature is a very potent influence in the blooming behavior of plants, and that photoperiodic responses me be very greatly modified by temperature effects.”

“Not only does the excessive plant growth lower the aesthetic value of waterways, but it can clog streams, causing floods during heavy rains. It also reduces the nesting area for fish and conceals their prey, ultimately reducing the game fish population.”

““It was gluppy — like green latex paint,” said engineer Edwin C. Web er of the Maryland Department of Water Resources, who was sent to investigate after Burgess complained. But this was only the first stage of the disaster. Because there was so much of the Anacystis—and because the algae were bloated with nourishment flowing down the river from the sewers of Washington—they began to die.”

“Changes in the flora and fauna at Loch Leven are described. Species associated with oligotrophic conditions such as charr and desmids have declined or disappeared, and prolonged, dense algal blooms, particularly Cyanophyceae, have been a feature of recent years. Much of the macrophytic vegetation has disappeared and there have been changes in the composition of the zooplankton and benthos, several abundant species disappearing…”

Are farmers’ profits more important than our water?

“Basically, Taylor said, if you want to save Lake Erie and our other waterways, the only way we can do that is to force factory farms to have their own wastewater treatment plants at the site that follow the same standards as those for municipal sewage plants.”

“It looks like green snow, piled up in drifts along the shore of the Yellow Sea. Mountains of algae have become a stark image of marine pollution off the coast of China. In Qingdao, a major city in Shandong province, one of the cities often worst affected, the authorities employ bulldozers to remove thousands of tonnes of the invading algae from beaches.”

“Researchers are trying to pinpoint the cause of a recent blue-green algae bloom on Lake Superior. The bloom appears to be the largest one witnessed so far on the lake. Eyewitness reports have spanned a roughly 50-mile stretch from east of Superior to the Apostle Islands.”

“Syracuse, N.Y. — The number of water bodies with toxic algae blooms jumped this week in New York state to more than 50. The state Department of Environmental said the blooms have been discovered in 55 water bodies. That’s up from 42 just three weeks ago.”

Are Vermont wastewater treatment plants to blame for algae blooms?

“Now, the Conservation Law Foundation is appealing nine sewage treatment plant permits that have been approved by the state. The environmental group says these wastewater treatment facilities dumping phosphorus into Lake Champlain are partially responsible for the blooms.”

“Beach closures of lakes in western New York due to blue green algae blooms have become a familiar occurrence for the past few years, but recent satellite imagery of northern Europe has revealed an alarming number of the saltwater variant of blue algae blooms.”

“Toxic Algae may be present,” it says. “Water may be unsafe for people and pets.”

“There is no swimming today at Clift Park and the Skaneateles Country Club “due to the visual presence of an algal bloom,” the Onondaga County Health Department said.”

Algae blooms are becoming an issue not only nationally, but here in Montana as well.

“Algae blooms are becoming an issue not only nationally, but here in Montana as well. According to the NOAA, these blooms are the result of microscopic algae flourishing and releasing dangerous toxins into the water. If you happen to see any algae-blooms, don’t go anywhere near the water.”

“Authorities in Poland this week banned swimming at over 50 beaches along its Baltic coast, after hot weather led to the toxic growth of bacteria in the unusually warm sea. ”

“The Idaho Department of Parks and Recreation restricted water access to the pond at Eagle Island State Park after a blue-green algae bloom was detected on July 17.”

New Jersey lakes need to go on a diet. Too much phosphorous causing harmful algae blooms

“Phosphorus drives major productivity of algae and weeds,” said Steve Souza, founder of Princeton Hydro, a company that helps communities manage lakes. “You need enough nutrients to support a healthy lake, but too much leads to the demise in the overall ecology of those lake systems. “Basically, our lakes need to go on a diet,” Souza said.

“Officials with the N.C. Division of Water Resources continue to urge the public to avoid contact with green or blue water in the Chowan River due to an ongoing algal bloom that has lingered in the area since June 20.”

One thought on “Algae blooms in Florida are a manifestation of a much larger problem.”